Let the dialogue be inclusive – of the regions as well. Let the focus be not only on Kashmir valley. Though a section in Valley would want the dialogue be only with Kashmir, the issue is not that easy equation. Both Jammu and Ladakh have long viewed New Delhi as listening only Srinagar, and in the process got alienated from the Valley. Today, substantial part of the problem within Valley stems from its disconnect with other two regions within J&K. This can be addressed only by talking to all three regions and even beyond; there are sub-regions even within these three regions today, with their own political outlook.

Towards an Inclusive Kashmir Dialogue

So, it is now the turn of Dineshwar Sharma to find out what is India’s problem in J&K. As if the State and Society in India are not aware of the problem, and what the various sections of J&K demand vis-à-vis New Delhi. Despite the cynicism, based more on the frustrations of New Delhi being inconsistent and not doing more, this new initiative should be wholeheartedly welcome.

What should be an agenda? And what should this initiative avoid? And how best the various sections in J&K could support this new initiative to succeed?

According to the formal statement, Dineshwar Sharma has been appointed “as the representative of the government of India to initiate and carry forward a dialogue with elected representatives, various organisations and concerned individuals in the state of Jammu and Kashmir.” This is a broad mandate and should be welcome. Let the State and Society start from here.

Look Beyond the Failures of the Past

First, let us not waste our precious time in finding fault with the government choosing a bureaucrat, especially from the Intelligence Bureau and not opting for a seasoned politician. Those who criticize the role of the IB in Kashmir in muddling the issue, and see it as a problem do have a point. In this context, perhaps the choice of Dineshwar Sharma is an opportunity. As a former IB man, he would know where the problems are – from both sides.

Since he has been dealing with the issues, he could in fact cut the rhetoric on both sides, and get to the chase in earnest. In J&K, any dialogue will have to face a huge rhetoric from both sides, starting from 1947 or even before it. This would tire the process and exhaust the people involved; since he has already faced it, perhaps, he would be a better person to start the process afresh, look at the present and move ahead.

On the contrary, there have been initiatives led by political and societal leaders. During Manomohan Singh’s period the J&K Round Tables were led by social and political leaders, and so were the subsequent interlocutors. Let us look beyond the debate – on who should be the right person to lead the dialogue. Let us start with what we have.

Second, let us also not waste our time in going back to history. The cynics would point out the multiple initiatives during the recent decades, and their outcomes. True, there have been multiple initiatives in the recent years and they may have not produced the desired results. A section has already created a chronological list of earlier initiatives, but concluded that all the reports are gathering dust in New Delhi. Are they?

Or, did each of these earlier initiatives bring both sides a step closer in understanding what is acceptable and unacceptable to the other side? This new process don’t have reinvent the Kashmir wheel; Dineshwar Sharma could start where the earlier interlocutors ended, and take the process forward with contemporary developments.

Move Ahead with a Positive Agenda

The issue is not with the interlocutors, but in New Delhi. The new representative should know it better; perhaps, he was a part of it. The solution lies in New Delhi walking the last mile, and our leaders having the courage to see through it. Will Modi walk the last mile in J&K?

Dineshwar Sharma as “a representative” is a new strategy for New Delhi. Let the PMO and the Home Ministry be clear in terms of what it wants to achieve with the strategy. Whether the strategy achieves the objectives are not, there should be a clear Endgame.

Do we have a clear endgame in J&K? Is there a national debate, if not a consensus on J&K, outside the rhetoric? Perhaps, New Delhi has to take a conscious step in having a parallel dialogue within and outside the Parliament on India’s J&K approach.

Second, let there be no links between the national endgame in J&K and that of the BJP. The former should take precedence over the latter. While it is conceivable that both coincide, in practice so far, both seem to collide with each other. As a political party, the BJP has every right to achieve its own Endgame within J&K. But as a country, let New Delhi not allow the party agenda to undermine the national agenda. Not only in J&K, one could see a similar stand by the BJP in other parts of the country; for example, in Tamil Nadu, the local BJP cadres seem to be succeeding in what the previous governments have successfully addressed – provoking regional sentiments against New Delhi. Let us keep the nation ahead of the party.

Third, let the Special Representative be not worried about who is unwilling to talk. But let him not take a decision, on whom he would not talk to. He should speak to everyone in the Valley, irrespective of their political conviction. As a veteran in J&K affairs, he would know more about the actors and their contemporary strengths.

He would also know about the new movement, led by the youths. Let them be the primary focus of his dialogue. And let this interaction with the youths not be condescending. They are the voices and the future of J&K; it is imperative and in India’s interests. Certainly, talking to them is not a favour.

If the Hurriyat has an exalted notion about its own standing within the Valley and is unwilling to take part, so be it. Let Dineshwar Sharma talk to every section, whoever is willing to engage us.

Fourth, let the dialogue be inclusive – of the regions as well. Let the focus be not only on Kashmir valley. Though a section in Valley would want the dialogue be only with Kashmir, the issue is not that easy equation. Both Jammu and Ladakh have long viewed New Delhi as listening only Srinagar, and in the process got alienated from the Valley. Today, substantial part of the problem within Valley stems from its disconnect with other two regions within J&K. This can be addressed only by talking to all three regions and even beyond; there are sub-regions even within these three regions today, with their own political outlook.

Fifth, let the dialogue also be inclusive in terms of new issues. There are new threats – from within and outside – ranging from radicalization, ISIS, renewed push from Pakistan etc. Let the Special Representative, while listening to different voices also ask how they see those emerging threats and their implications, especially on the next generation.

Finally, let this initiative keep away from the tested formula of “sit tight and do nothing” (with the earlier processes), and “tiring the Kashmiris out through dialogue”. Such processes have only backfired. Having decided to engage the people of J&K in a dialogue, New Delhi should take this process to its logical end. Let this process walk the last mile and not as a report.

The above analysis was first published in the Hindu BusinessLine. 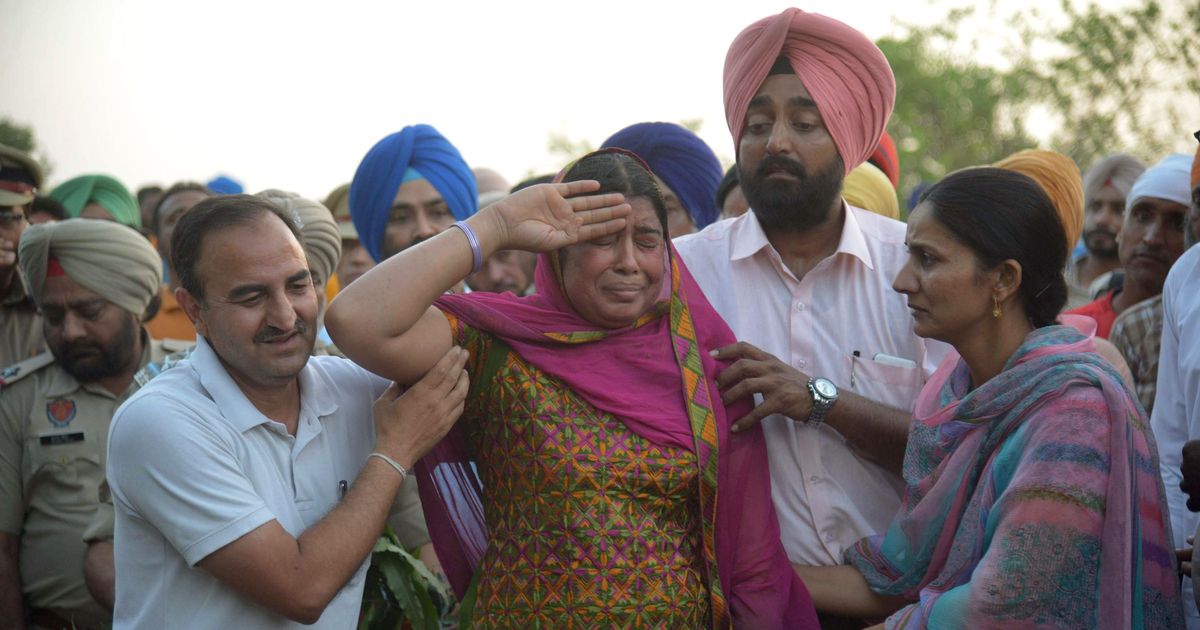 Another Maoist ambush in Chhattisgarh: Lessons from a Failure 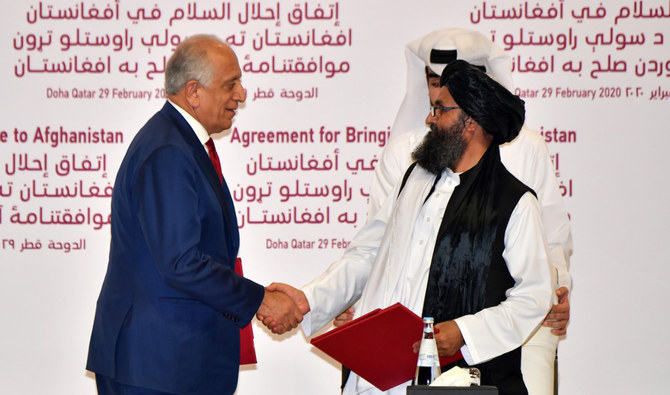 The US-Taliban deal will lead to an Afghan Civil War 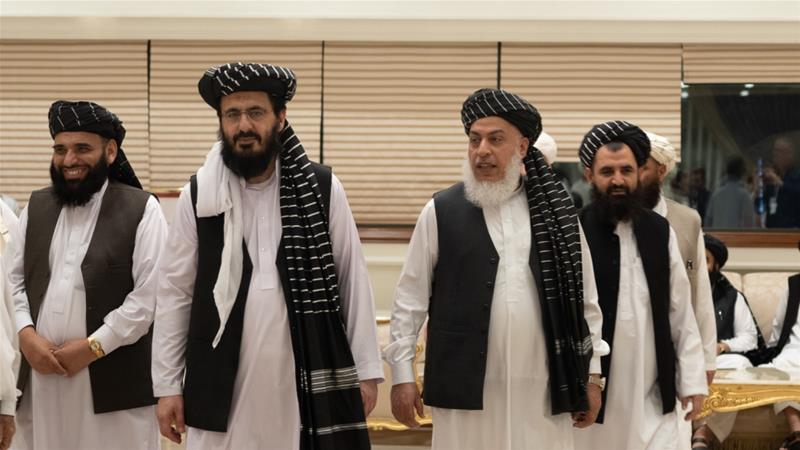 Five reasons why Pakistan is ecstatic

The Fazlur Fizzle: The Azadi March will fail, for four reasons

The Afghans are in for a long haul; so should the rest of us

Dialogue with the Taliban: Six Questions

read more
The Road to Doha

Why the Taliban continues with Violence despite Peace Talks: Three Explanations 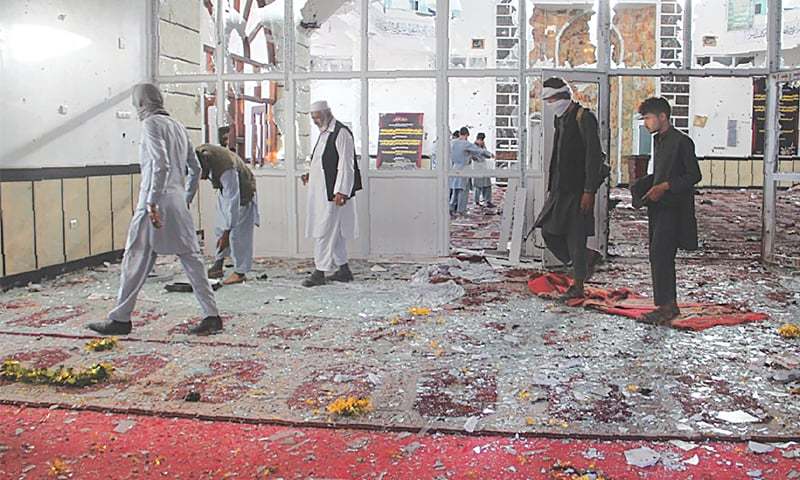 All in the name of Peace

Reconvene the Parliament and Respect the Constitution

The UN, Myanmar and the Rohingyas

Will Pakistan walk the Afghan Talk? 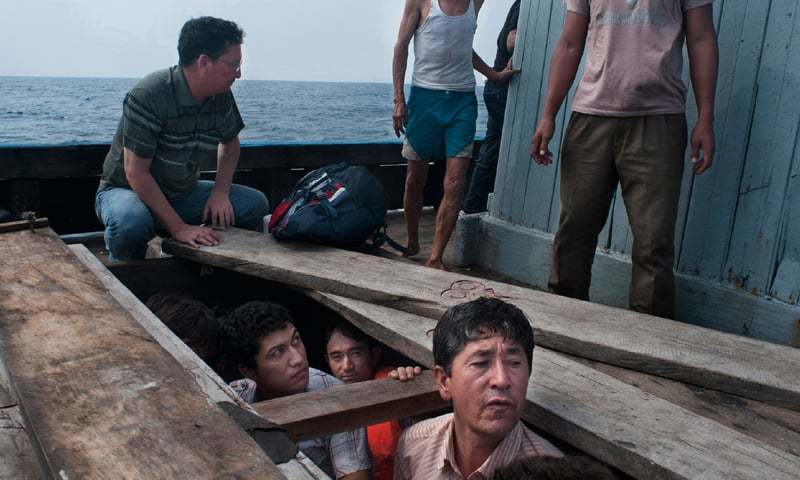 Who is targeting the Hazara? And Why?

“I am not Malala”: Deciphering the anti-Malala Sentiment in Pakistan

The Sectarian Spiral in Afghanistan: Who? And Why? 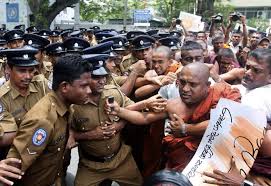 The Anti-Muslim Violence in Sri Lanka

The Political Crisis in Maldives 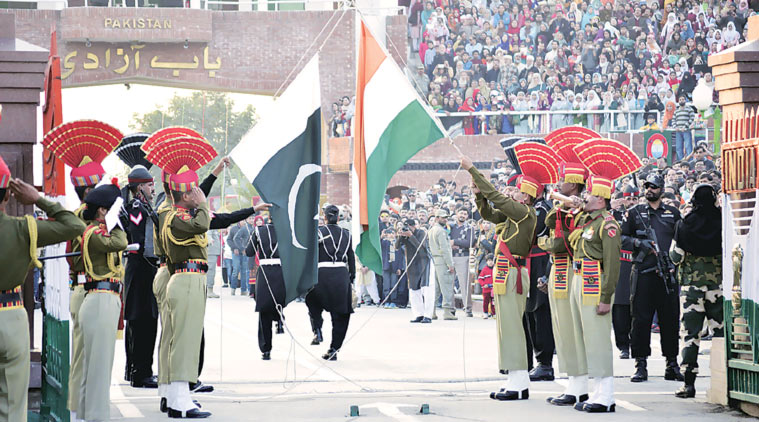 Will the Indo-Pak Relations improve in 2018? 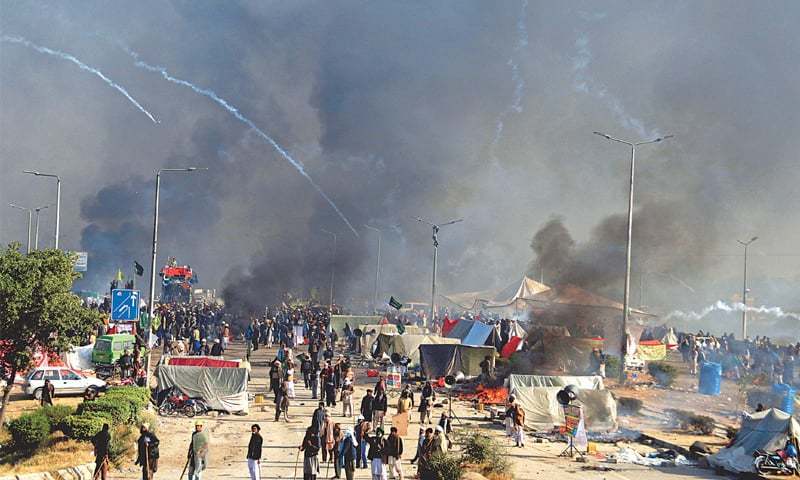 The State surrenders to the Mullahs: Why did the Military aid? And why did the Government agree?

The Slow Burn: One Province and Five Actors 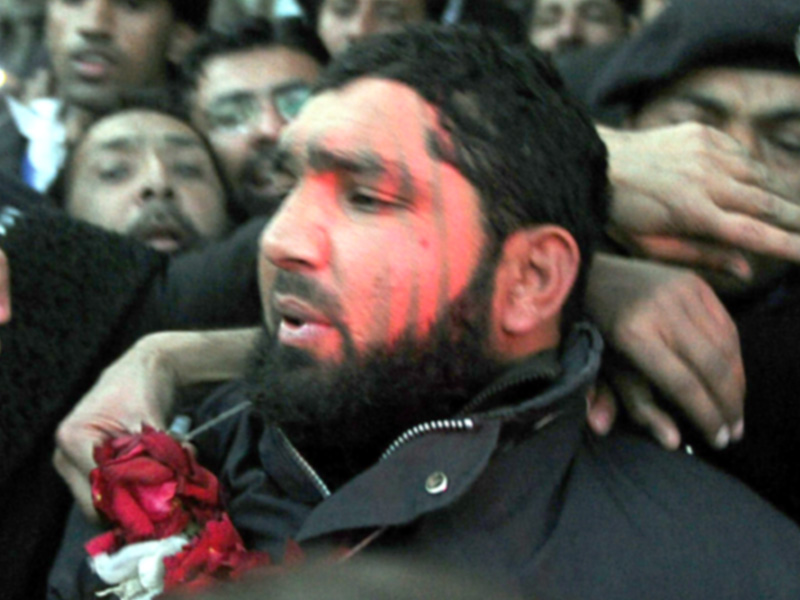 The Ghost of Mumtaz Qadri

Joshua and Caitlan: Story of Victims, Rescuers and Perpetrators 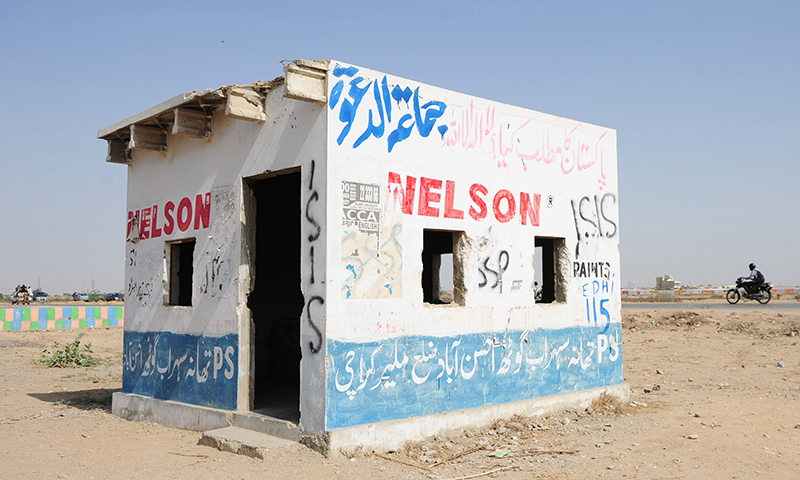 The Islamic State in South Asia: Why are the State and Society reluctant to acknowledge?

The Rohingya Conflict: The Burning Villages, Social Media and the Internationalization of Violence

Pashtunwali, Kashmiriyat and Sufi: Are our Social Codes under Stress?

Fighting the Daesh: A Regional Counter IS Strategy

The Raddul Fasaad Fallouts: Will it succeed where Zarb-e-Azb failed?

Deep-rooted Misogyny: Offend her; she will forgive in the name of tradition

Court, Society and Valentine Day: Is expression of love against our culture?

State vs Militant Groups: What if the Genie has a mind of its own?

Pakistan’s Afghan Policy: What Shapes? Who Shapes? And through What Strategies?

Honour Killing: No Honour, Only Crime and Evil 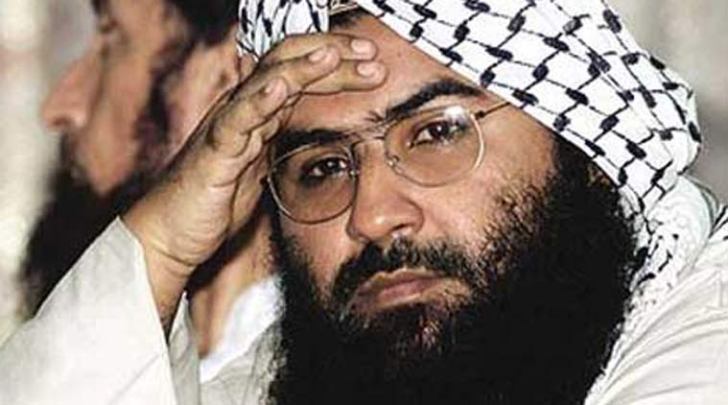 Foreign Fighters: Why Pashtuns and Punjabis? 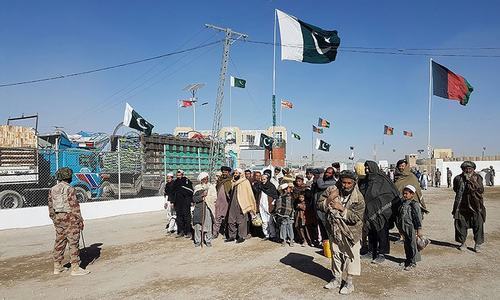 Across the Durand Line: Who is in Control?

Zarb-e-Azb: Pakistan, Afghanistan and the TTP

And Now, They Are Coming For Our Children

A Tale of Two Taliban: Linkages between Afghan and Pakistan Taliban